Day 10: 1 in 8 women are abused whilst pregnant 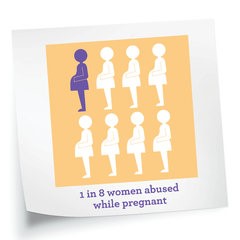 No one ever deserves to be beaten, threatened, raped and insulted. However, nowhere is domestic violence more stark or disturbing than during pregnancy. Women’s Aid is deeply concerned about the prevalence of abuse of women during pregnancy and the post-natal period.

Pregnancy does not offer protection to domestic violence. In fact, international research has found that 30% of women who experience domestic violence are physically assaulted for the first time during pregnancy (Child Protection and Welfare Handbook, HSE, 2011).

The Rotunda Hospital conducted research which found that 1 in 8 women surveyed were being abused during their current pregnancy (O’Donnell et all, 2000).

These tactics can extend beyond pregnancy into the Post-natal period and can include women not being allowed, or being forced to give up breastfeeding, pre-mature removal of stitches, and women being beaten while holding and trying to protect their baby.

Click here to find out more about the effects of domestic violence on women and new-born infants. 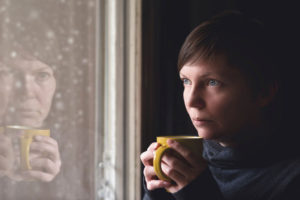 I have been with Mike since I was 24 years old, we have been married for 2 years. Mike was always so gentle …

“Women’s Voices” httpss://www.womensaid.ie/16daysblog/category/women’s+voices+2017/ is a series of testimonies from survivors of domestic abuse. Each woman tells her story anonymously, sharing her own personal experience of the abuse. By telling their stories, the survivors hope that those in similar situations reach out, ask for help, and seek support. If you are affected by domestic abuse or are concerned about someone you know, please call the Women’s Aid 24hr National Freephone Helpline on 1800 341 900.

“As soon as I was pregnant everything changed’ – Kate

“My mother passed away when I was a young single parent. I met this guy who instantly put me up on a pedestal. I was grieving and raising a child on my own and here was this man offering me all that I wanted; a loving family, the happy ever after that we all look for. He really wanted a child and as soon as I was pregnant, everything changed.

When I had the baby, it got worse and I realised he wanted me pregnant so he had a bit more control over me.

I remember we were bringing the baby home from the hospital for the first time, she cried like most newborns do. He lost his temper and shouted “For f*ck sake, she’s going to be a moan, just like her mother.” That was my daughters welcome to the world and the goodbye to my fairytale ending.”