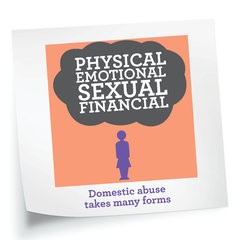 Domestic abuse is not a once off event, but rather a pattern which escalates over time, and includes multiple forms of abuse: emotional, physical, sexual and financial abuse.

We often hear from women that what felt like positive attention and attentiveness at the beginning of a relationship, turned into negative, controlling behaviour as the relationship became more established and it was harder to leave.

Abusers deliberately isolate a woman from family and friends, break down her confidence and independence, and tell her it is her fault that he is doing this. He might constantly criticise her, her efforts in the relationship, and how she does everything, call her names, tell her that she is worthless. This is called emotional abuse, and it can be so constant and relentless that it makes a woman doubt her own instincts that it is wrong, feel ashamed of what is happening to her, and blame herself.  There were 11,078 disclosures of emotional abuse to the Women’s Aid Helpline in 2016.

Other examples include abusers not allowing a woman any privacy inside or outside the home, and monitoring her communication. You can read more about emotional abuse here.

Abusers also use physical force and the threat of physical violence to further control women. A caller to the Women’s Aid National Freephone Helpline might start by saying,

and then describe behaviour including threats to kill her, her loved ones, or himself; physically blocking her from leaving a room; pushing her down on to the bed or other furniture; putting his hand on her neck without squeezing, which all constitute the use of physical force as deliberately controlling and intimidating to her. We also hear from women who have experienced life-threatening physical assaults and beatings, and are sometimes blocked by their abuser from seeking necessary medical attention. You can read more about physical abuse here. There were 3,502 discloses of physical abuse to the Women’s Aid National Freephone Helpline last year.

Sexual abuse within a relationship is another way that abusers take away a woman’s confidence and make her feel ashamed. It can include rape, sexual assault and sexual coercion, which means not feeling like you have a choice or a say about whether you have sex and what sexual activities you take part in. Sexual assault and abuse within a relationship are a crime. If a woman is raped, we would always encourage her to link in with a local rape crisis centre and explore with her if she feels comfortable reporting the crime to the Gardai. There were 695 discloses of sexual abuse to the Women’s Aid National Freephone Helpline last year, including 316 cases of rape by a current or ex intimate partner.

Domestic violence is where one person uses abuse to control and assert power over their partner in an intimate relationship. It can be physical abuse, emotional abuse, sexual abuse or financial abuse. In the majority of cases it is perpetrated by men and experienced by women. Any woman can be affected and it can happen in any home. There may be warning signs that your relationship is abusive. 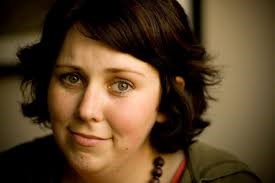 Suzanne’s story.  I first met John when I started working at the hotel. I had just left college and it was my first ‘real’ job. I started …

What is physical abuse? httpss://www.womensaid.ie/help/domesticviolence.html

Physical abuse is perhaps the most recognisable form of abuse. It can result in physical injury, and in some cases it can be life threatening. It doesn’t always leave visible marks or scars. Having your hair pulled or an egg thrown at you is domestic violence too. Don’t underestimate what is happening to you. Over time it often gets worse.

What is emotional abuse?

What is sexual abuse?

Where there is a dynamic of control and abuse in an intimate relationship, the likelihood of sexual coercion and abuse is high. It is harder for women who are being abused by their partner to negotiate a free and equal sexual relationship with that partner.

What is financial abuse?

Financial abuse is a form of domestic violence in which the abuser uses money as a means of controlling his partner. It is a tactic that abusers use to gain power and dominance over their partners and is designed to isolate a woman into a state of complete financial dependence. By controlling the woman’s access to financial resources the abuser ensures that she will be forced to choose between staying in an abusive relationship and facing extreme poverty.

Women’s Aid understands that you are probably doing many things to keep yourself safe and you are the best judge of the level of risk you are at.

When living in an abusive situation, safety, yours and your children’s, is the number one priority. You cannot control the abuse but you may be able to take steps to protect yourself and your family. Women’s Aid can help you put together a safety plan and refuges and local domestic violence services can do the same.

Leaving an abusive relationship can be fraught with difficulty and may not be the best option for you at a particular point. If you plan to stay in the relationship, there are certain precautions you can take. For example:

If you are attacked and are in immediate danger

If you do plan to leave, decide when and where you will go.

If you do leave, try to bring the essentials, especially documents that may be hard to retrieve later. But remember the most important thing is getting to safety. Don’t worry if you cannot take any of the items mentioned below. You can return later with someone to support you.

What are the important phone numbers to remember?

Keep a list of important phone numbers close to hand including:

Only keep a written safety plan if it is safe for you to do so. Women’s Aid, your local refuge and domestic violence support service and the Gardaí can assist you as you plan your safety.

Things to do to protect safety after leaving

We know that leaving the abusive relationship does not always mean an end to the violence. Many women experience abuse from their former partners. Therefore, you may need to take measures to keep safe in your new home. 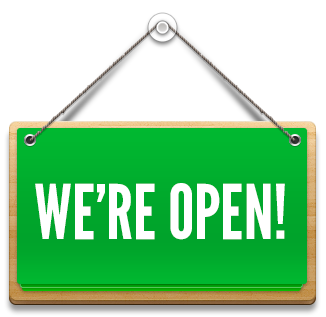